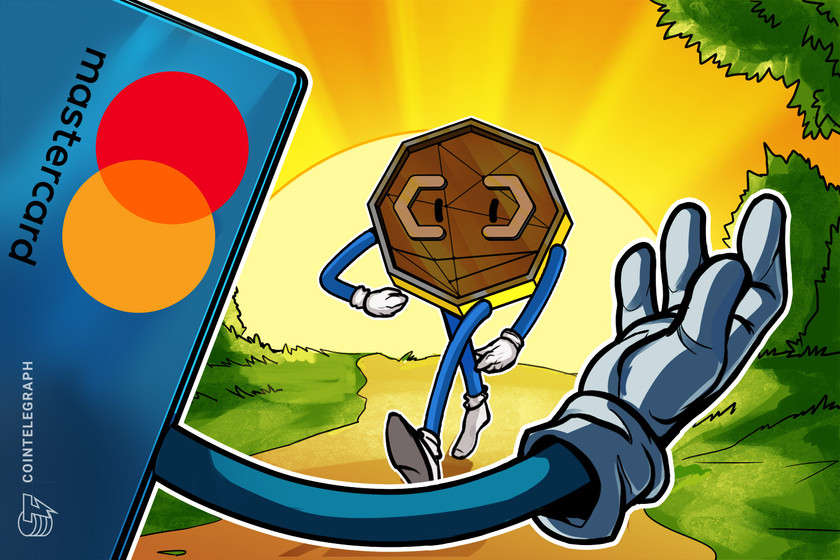 Credit card giant Mastercard made a big splash in the digital asset market on Tuesday by announcing the launch of crypto-linked payment cards across the Asia-Pacific region.

“Rather than directly transferring cryptocurrencies to a merchant, cardholders will now be able to instantly convert their cryptocurrencies into traditional fiat currency which can be spent everywhere Mastercard is accepted around the world, both online and offline,” the company said.

Although Mastercard didn’t specify which cryptocurrencies would be supported, the company singled out Bitcoin (BTC) and Ether (ETH) as two assets that are already accepted by some merchants but haven’t yet achieved widescale adoption. According to Mastercard’s own research on the Asia-Pacific region, 45% of people surveyed say they are considering using cryptocurrency in the next year.

News of the crypto credit cards quickly spread throughout Twitter, with influencers touting the growing mainstream appeal of Bitcoin and other cryptocurrencies. Although crypto is enjoying newfound legitimacy as an investable asset class, as evidenced by the market’s recent $3 trillion milestone, uptake in the payments sector has been much slower.

Related: Mastercard is preparing its infrastructure for the deployment of CBDCs

Mastercard, meanwhile, has had its fingerprints all over the cryptocurrency market, perhaps in anticipation that digital assets will one day gain traction as a payments vector. Last month, the credit card giant announced plans to allow United States partners to offer crypto loyalty rewards. By partnering with digital asset platform Bakkt, Mastercard said it plans to allow customers in the United States to buy, sell and hold crypto through custodial wallets.