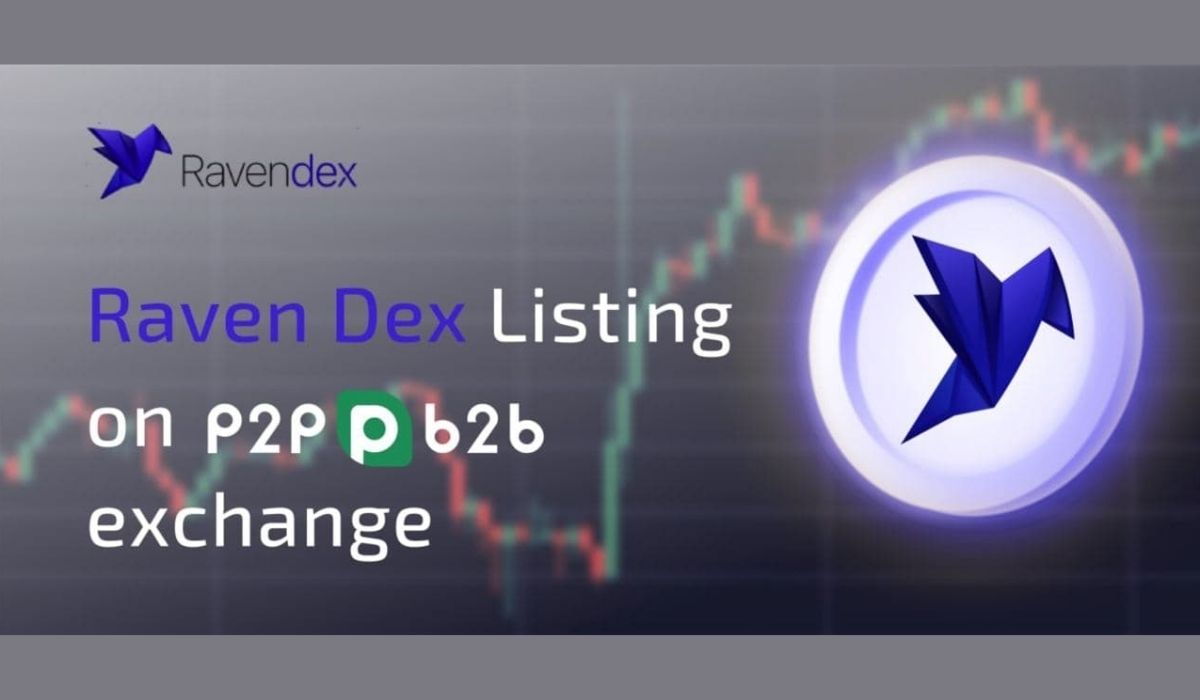 Ravendex, a decentralized exchange and automated market maker (AMM) on the Cardano blockchain seeking to become the go to DEX on Cardano has announced a listing partnership with p2pb2b.io, a cryptocurrency exchange that will facilitate trading of $RAVE tokens, the utility token of the Ravendex ecosystem.

$Rave Token holders can generate incentives in $RAVE or $RAVENFTs by delegating their tokens to a staking pool and earn rewards each epoch.

The decentralized exchange, Ravendex, is one of the few AMMs aiming to become the first operational DEX on the Cardano blockchain.

Ravendex’s major goal is to provide low-cost token swapping services and to make liquidity available for Cardano ecosystem users, while also allowing them to earn interest on their $ADA tokens.

These services will be accessible at launch:

Token owners can earn incentives by delegating their tokens to the staking pool instead of keeping them locked up in a protocol or pool that they can’t access.

Due to Cardano’s use of “Stakepools,” holders of staked $ADA retain full ownership of their coins when they are delegated to pools. The role of a stakepool is similar to that of a bitcoin miner in that it advances the blockchain by creating, verifying, and encrypting blocks in return for a portion of ADA from the treasury deposits.

Ravendex staking rewards are given with a three-epoch lag after the pool goes live for three epochs. Their first $Rave distribution will take place very close to the close of the epoch.

As an analogy, think about UNI tokens, which were distributed to early supporters of the Uniswap platform as an act of gratitude for their support.